Posts tagged: For the Breasts of Friends 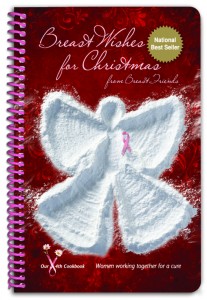 They’ve already raised more than a million dollars to support breast cancer research through sales of a best-selling series of cookbooks. And if that’s not enough, the Breast Friends recently managed to slay a group of “dragons”  — in their own den!

In early December, on an episode of the CBC television show “Dragons’ Den”, Foam Lake, Saskatchewan’s ten Breast Friends asked the dragons for a $25,000 investment to help them market their cookbooks, which includes the newest addition to the line-up: “Breast Wishes for Christmas”. The five venture capitalists were so impressed with — and moved by — the ladies’ selfless efforts that they offered $50,000 to help the Breast Friends cause.

That successful Canadian TV appearance was recently augmented by publicity in not one, but TWO European magazines. The Breast Friends were featured in the November 2010 issue of Gourmand Magazine, a Spanish publication (dedicated to cookbooks) that is widely distributed in Europe. The group’s success was also covered in the December 2010 issue of Logberg Heimskringla, an Icelandic newspaper serving North America.

A few months from now, Breast Friends will take their inspiring story — and their cookbooks — worldwide when they participate in the 2011 Paris Cookbook Fair, the first international exhibition of fundraising cookbooks, which will feature entrants from 91 countries across the globe.

Factoring in their growing profile, the success of the Dragons’ Den appearance, and the enduring popularity of their coobooks, the Breast Friends have good reason for optimism in the future. In fact, Rhonda Pineau, Sales and Marketing Manager of Gateway Publishing’s cookbooks department notes that the group ordered 20,000 copies of their new book “Breast Wishes for Christmas” last summer and then ordered 20,000 more thanks to the Dragon’s support.

“We’re so happy for the Breast Friends and their continuing success,” says Rhonda. “They are truly an inspiration and we’re very proud to have been able to help them make their dreams into a reality. We wish them all the best and look forward to even greater things in the year ahead!”

Click now to estimate the fundraising potential of your project 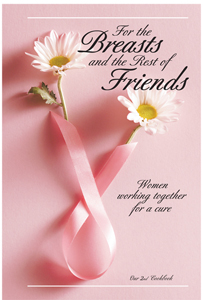 How did a group of 10 women from a small town in Saskatchewan, who are known as The Breast Friends, raise more than a million dollars to support breast cancer research, medical equipment, and other breast cancer causes? The secret to their success: a series of best-selling self-published cookbooks, all printed at Gateway Publishing since 2004.

The first book, “For The Breasts of Friends”, was produced to help the women deal with the grief of losing friends and family members to breast cancer. Featuring 400+ recipes from the authors, along with breast cancer facts, advice, and heartwarming quotes for women, the book quickly surpassed its modest sales targets and has already raised more than $500,000 to date.

A follow-up cookbook, titled “For the Breasts and the Rest of Friends” was produced in 2006, and it became a national bestseller in just one month. Like its predecessor, the book includes more than 400 recipes along with helpful breast cancer-related information, quotes, and quips intended to both empathize with and inspire those dealing — directly or indirectly — with the illness. The recipes in this edition were donated by family and friends of the authors.

In 2008, the group released a third fundraising cookbook destined for best-selling status — which it achieved based on pre-orders alone. “Breast Wishes from Breast Friends”, was released before Mother’s Day last year and includes recipes gathered from breast cancer survivors. It’s dedicated to women living with and in spite of breast cancer.

Priced at $19.95 each, the cookbooks are an excellent fundraiser because they are both affordable and represent good value. From an initial order of just 2500 copies, the group has re-ordered many times at larger quantities that enable greater discounts and a reduced per-unit cost.

“We’re proud to partner with The Breast Friends and are thrilled for their achievements,” says Rhonda Pineau, Sales and Marketing Manager of Gateway Publishing’s cookbooks department. “They’ve proven that cookbooks can be a recipe for fundraising success!”

Click here now to estimate the fundraising potential of your project or Call us Toll Free at 1 (800) 665-4878 to discuss your fundraising cookbook idea  in more detail today. We would love to hear from you! 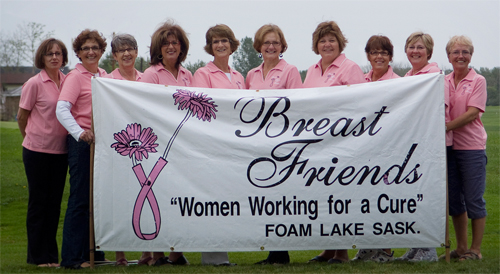